In the 1890s, the US Army began searching for an effective semi-automatic pistol to replace the revolvers that were then in service. This culminated in a series of tests in 1899-1900 in which examples from Mauser, Colt, and Steyr Mannlicher were examined. As a result of these tests, the US Army purchased 1,000 Deutsche Waffen und Munitionsfabriken (DWM) Luger pistols which fired a 7.56 mm cartridge. While the mechanics of these pistols were satisfactory, the US Army (and other users) found that the 7.56 mm cartridge lacked sufficient stopping power in the field.

A similar complaint was lodged by US troops battling the Philippine Insurrection. Equipped with M1892 Colt revolvers, they found that its .38 cal. round was insufficient to bring down a charging enemy, especially in the close confines of jungle warfare. To temporarily rectify the situation, older .45 cal. M1873 Colt revolvers were sent to the Philippines. The heavier round quickly proved move effective. This along with the results of the 1904 Thompson-LeGarde tests led planners to conclude that a new pistol should, at minimum, fire a .45 cal. cartridge.

Seeking a new .45 cal. design, the Chief of Ordnance, Brigadier General William Crozier, ordered a new series of tests. Colt, Bergmann, Webley, DWM, Savage Arms Company, Knoble, and White-Merril all submitted designs. After preliminary testing, the models from Colt, DWM, and Savage were approved for the next round. While Colt and Savage submitted improved designs, DWM elected to withdraw from the competition. Between 1907 and 1911, extensive field testing took place using both the Savage and Colt designs. Constantly improved as the process moved forward, John Browning’s Colt design ultimately won the competition.

The action of Browning’s M1911 design is recoil operation. As combustion gases drive the bullet down the barrel, they also exert a reverse motion on the slide and barrel pushing them backwards. This motion ultimately leads to an extractor expelling the spent casing before a spring reverses the direction and loads a new round from the magazine. As part of the design process, the US Army directed that the new pistol possess both grip and manual safeties.

Dubbed the Automatic Pistol, Caliber .45, M1911 by the US Army, the new pistol entered service in 1911. Assessing the M1911, the US Navy and Marine Corps accepted it for use two years later. The M1911 saw extensive use with American forces during World War I and performed well. As wartime needs exceeded Colt’s production capabilities, an additional manufacturing line was established at the Springfield Armory. In the wake of the conflict, the US Army began assessing the M1911’s performance. This led to several minor modifications and the introduction of the M1911A1 in 1924.

Among the changes to Browning’s original design were a wider front site, shorter trigger, an extended grip safety spur, and a simplified design on the grips. Production of the M1911 accelerated during the 1930s as tensions around the globe heightened. As a result, the type was the principal sidearm of US forces in World War II. During the conflict, approximately 1.9 million M1911s were produced by several companies including Colt, Remington Rand, and Singer. The US Army obtained so many M1911s that it did not purchase new pistols for several years after the war 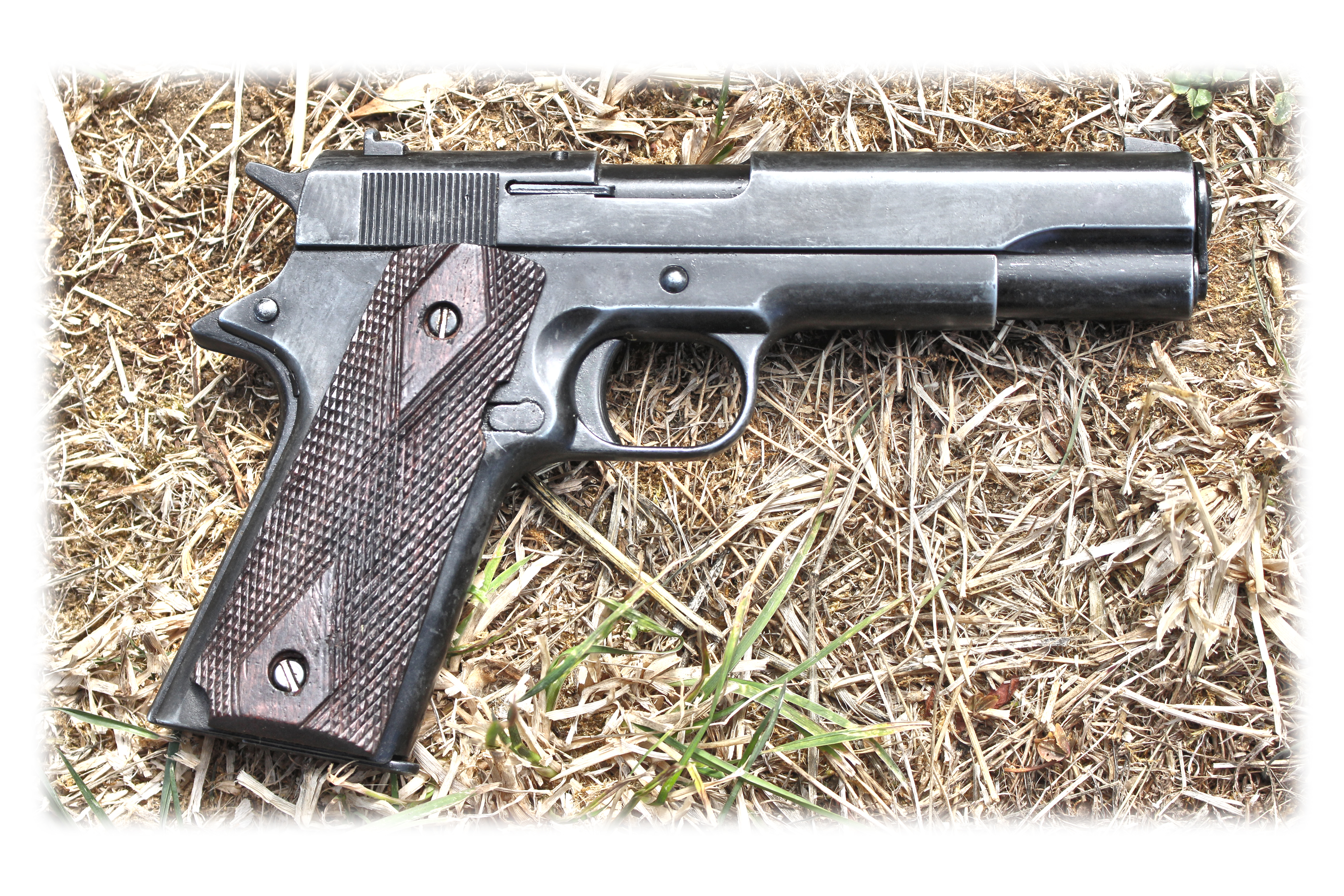